Would you like to scan your body’s overall health in a few minute?

Are you interested in discovering the source of your suboptimal health and fought back with precision?

You can do all that, without any pain, with the latest Quantum Resonance Technology. Introducing The Body Electric Analyzer. This body health scanner will target and lock on digestive issues, liver and kidney problems, vitamin D Levels, cardiovascular issues, vitamin, mineral and amino acid deficiencies, EMF (Electro Magnetic Frequency) sensitivity and so much more. 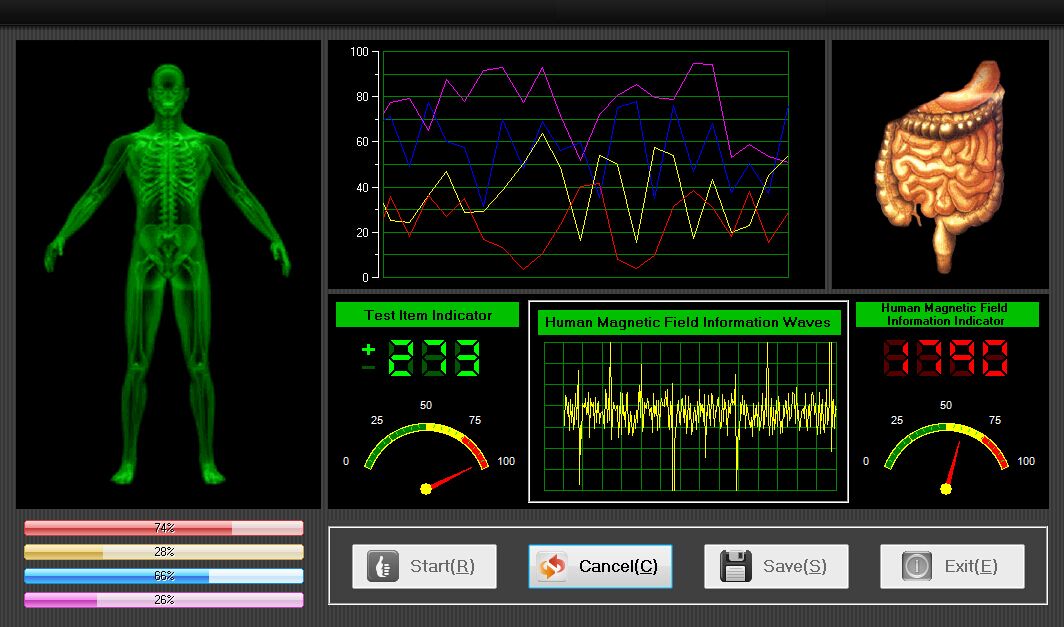 The method of Body Electric Analyzer is an emerging rapid, accurate and non-invasive spectral testing method and particularly suitable for comparison of curative effects medicine and health products, and check of sub-health conditions. The main analysis items are over 45 reports as follows:48 reports (34 reports in common for Male and Female,3 reports for Male, 3 reports for Female 5 report for Kids,1 Comprehensive Report Card, Plus 1 manual test)

PEMF Therapy is one of the best modality we use to resolve the health issues after the body Electric evaluation. A deficiency of electromagnetic force in our bodies creates a situation similar to running out of oxygen or having vastly sub-optimal amounts of oxygen for our cells to operate on. Disruption of this electromagnetic energy in our cells, especially over a long period of time, can cause impaired cell metabolism, which often can be one of the common causative factors for disease. With almost 90% of the earth’s electromagnetic field having been lost, and in combination with the highly polluted environments that the vast majority of us deal with on a daily basis throughout our lives, it is no wonder that many people’s bodies have become highly toxic and are functioning well below optimal capacity.PEMF has been extensively studied and was approved by the FDA in 1979 for the healing of non-union bone fractures. It subsequently received FDA approval for the treatment of such varied conditions as incontinence, depression, anxiety, and just recently in 2011 for the treatment of certain types of brain tumors. It has also been extensively used in the treatment and control of pain and inflammation associated with rotator cuff tendinitis, many types of sports injuries, multiple sclerosis, carpal tunnel syndrome and certain types of arthritis, as well as in patients with muscle weakness, diabetic neuropathy, impaired bone health, and many types of vascular conditions.PEMF therapy has been shown to be able to:

Due to the strength of the magnetic field produced by our machine treatment time is usually 30 minutes. Most patients will need between 5-10 hours of total PEMF therapy for a lasting healing effect. Many patients will feel remarkably better after their first or second session. This does not mean they have healed, it indicates that the swelling and inflammation has decreased. It is recommended that for most patients to plan on having 3 sessions per week. If a bone is broken then you would need to have 5 sessions per week.Thousands of PEMF treatments have been safely given in Europe over the past 40 years. Bone stimulators have been used in the US for over 20 years and the FDA approved PEMF technology in this country in 2004 for pain relief, supporting injury and wound healing, etc. Contraindications are pregnant women and persons with implanted cardiac pacemakers.There are various devices that use pulsed electromagnetic field frequencies stimulation therapy, the one we use called iMRS 2000, which stands for Intelligent Magnetic Resonance Stimulation, is one of the best devices in the world for pulsed magnetic therapy. 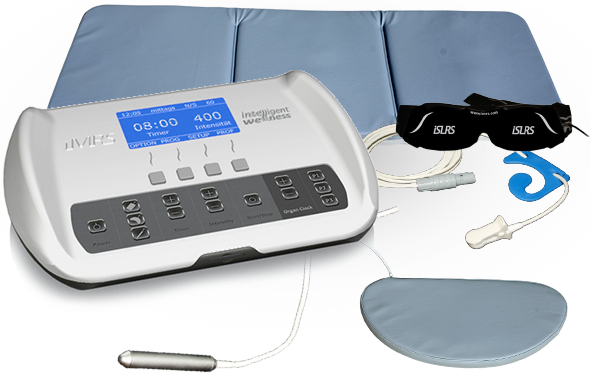 operates by using solely earth-based Schumann Frequencies and Intensities.Moreover, it has a built-in intelligent biorhythm clock. The iMRS has been an integral part of the PEMF community for more than 16 years. It has become an established and popular product in the eyes of many reliable people. Finally, it also uses the proven square wave, which has been shown to stimulate regeneration and healing significantly.